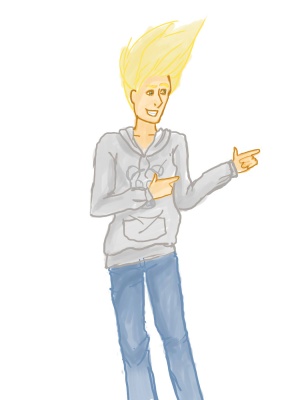 One of the four brothers.

Zack is the 3rd born and the last 'z' in "Hozz". from a first glance zack is a reletivly normal guy. he is the most outgoing of the category:HOZZ brothers but is wierd enough to live with all the crazyness that goes on in the house. He attends the local junior college with his younger brother Oswald. He is also the lord of the undead.

divine ablilty: golomancy? can he spark life? or is it just an extension of his own life force? also what is the culmination of his power? we had talked about healing...so that kind of what i have been running with. this needs to be delt with.--Zack 16:42, 20 May 2010 (UTC)

Leader of the undead armies

Zack is the main antagonist in the story when develops and is corrupted by his own powers of Necromancy. See: Litch